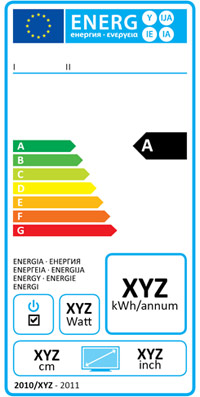 Re/genT has actively participated as a test laboratory in an European TV testing project called ComplianTV, funded by the European Commission. Within this project, Re/genT verifyied the energy efficiency label of more than 60 televisions and has generated recommendations for improvement for test procedures and for improvement of the European energy efficiency and eco design directives.

To properly test the luminance of televisions Re/genT has built its own (dark) testing room for high accuracy luminance measurements. For testing the stand-by and off mode power, specific equipent is available, suitable for accurate low power measurements of 0.5W or less.