Control Functions of the Refrigerator Analyzer

Measurement Functions of the Refrigerator Analyzer

Basic Functioning of the Refrigerator Analyzer

The user is able to build a Refrigerator (prototype), connect relevant components to the Refrigerator Analyzer and fill the charge vessel with refrigerant. Subsequently a fully automatic measurement can be started:

1. Parameters will be set:

2. The measurement will take place. The system waits for stabilization of the cabinet temperatures and power consumption and will subsequently save the data in a measurement file.

3. The system will set a new set point by modifying one of the following parameters:

Before the start of the tests, the user can specify which parameters have to be changed during the tests and can specify the desired set points for each parameter. At the end of the test it is possible to evaluate the Refrigerator power consumption as a function of for example the refrigerant charge, the capillary flow or the fan capacities applied. It is also possible to evaluate other values like the evaporation temperature, the condensation temperature, the compressor speed, etc. as a function of these parameters. Eventually the most optimum charge, capillary, fan capacity is determined for a certain set of components (evaporator, condenser, compressor etc.). 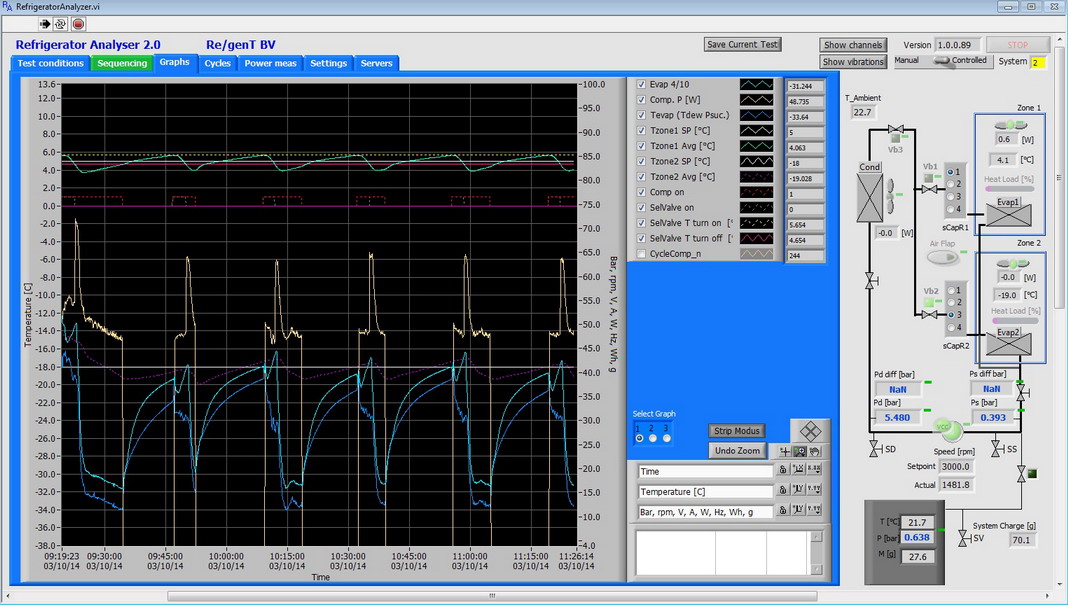 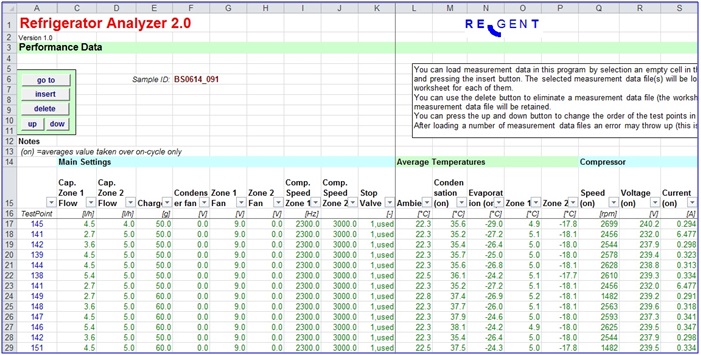 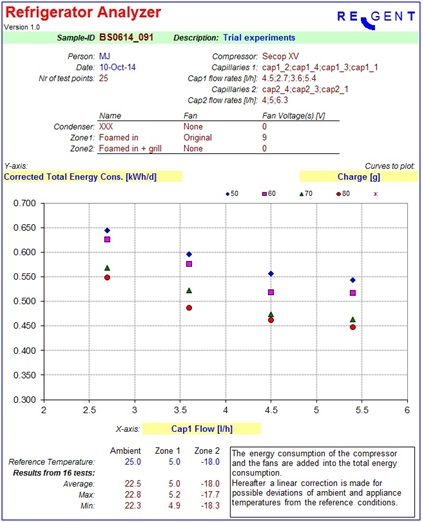